Projects that are alternatives of or similar to Lscript

The lazy script has not been updated for a while due to me being very busy with my life. I will try my best to upload an update when I find the time 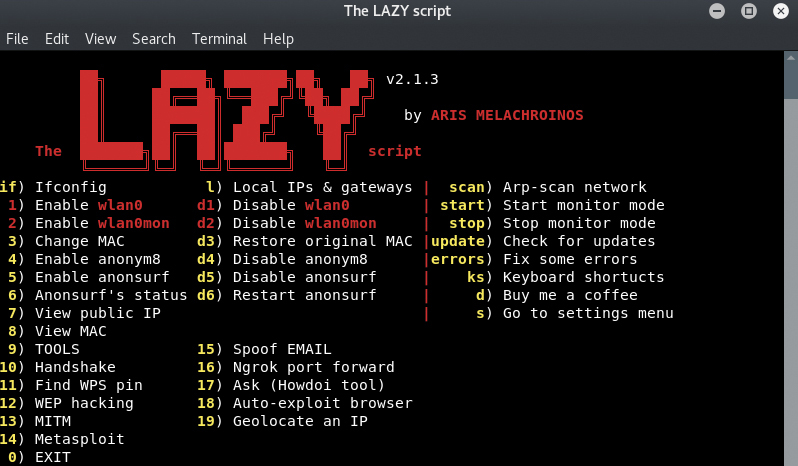 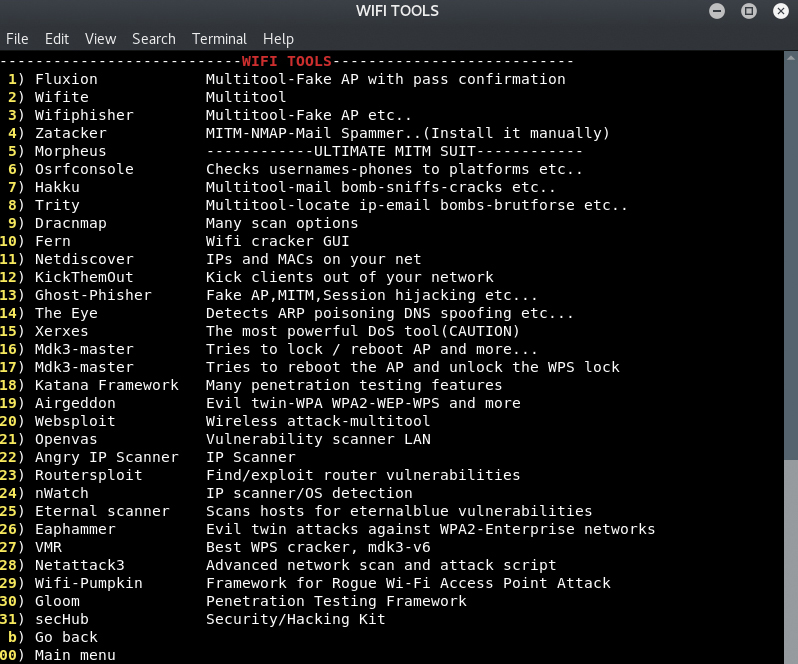 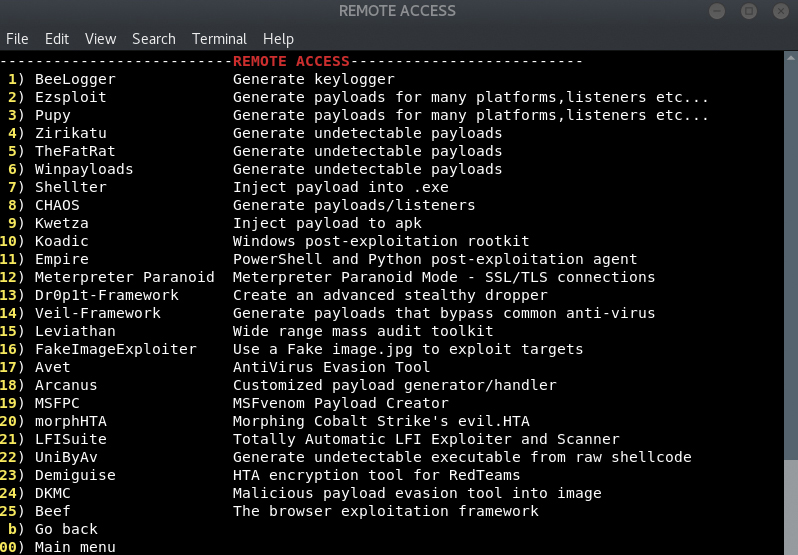 A video Hackersploit made : https://www.youtube.com/watch?v=oBpo5sElrMY

For feature-recommendation , add it on the "Issues" tab. NOW!

I AM NOT RESPONSIBLE HOW YOU USE THIS TOOL.BE LEGAL AND NOT STUPID.

This script will make your life easier, and of course faster.

Its not only for noobs.Its for whoever wants to type less and do actually more.

This is a script for Kali Linux that automates many procedures about wifi penetration and hacking. I actually made it for fun for me just to save some time, but i don't mind publicing it.

NEW FEATURE: Custom keyboard shortcuts!! Launch any tool within lscript , with your own shortcuts!!! (type ks to set your shortcuts)

How to install (Kali Linux)

(make sure you are a root user)

Be carefull.If you download it as a .zip file, it will not run.Make sure to follow these simple instructions.

MADE FOR KALI LINUX

How to run it

(make sure you are a root user)

OpenSource Projects is a Facebook community page who's goal is to give developers, new and old, a easy and simple place to share their opensource contributions and projects. I personally think this is an awesome idea, I know how hard it is to get your code noticed by people and support these guys 100%. Go ahead and give them a like here. They will share any opensource project you send them for free. Thank you OpenSource Projects for giving developers a place to share work with one another!

If you like my work, consider buying me a coffee :)

Note that the project description data, including the texts, logos, images, and/or trademarks, for each open source project belongs to its rightful owner. If you wish to add or remove any projects, please contact us at [email protected]
Stars: ✭ 3,056
Visit Git Page 🔗Visit User Page 🔗Visit Issues Page (87) 🔗